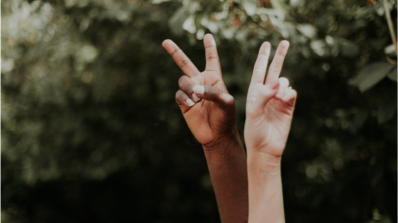 In fall 2020, the Class of 1982 launched a Class Project: the '82 Racial Justice Initiative. The initiative directs funding to the Center on Social Impact to provide stipends for undergraduate research related to racial justice, provide training about systemic racism for students engaged in social impact internships and fund racial justice internships as part of the Dartmouth Partners in Community Service program.

"This is another in the line of impactful Class Projects by our Class and a very important vehicle for directing long overdue funding to the African and African American Studies Program" said '82 Class President, George Thompson. "We wanted this Class Project to have a direct impact on students through academic enrichment, and to center '82s in the effort to move Dartmouth forward as an institution that is boldly addressing racial injustice."

The endowment supports activities within the AAAS Program that encourage civil dialogue about race and racial injustice, and promote anti-racist study, discovery, and models of academic and experiential learning. The endowment is designed for all alumni to contribute to it.

Jennifer Chandler Hauge '82, the Initiative's task force co-chair notes that "we are very pleased that our engagement with the Center on Social Impact is fully funded, thanks to the availability of excess funding from our Upper Valley Community Impact endowment and the very generous bequest of our classmate Sally Adnopoz Gendler. Now we're focused on funding the Academic Enrichment Fund for AAAS. For anyone interested in donating we ask that you read the Statement of Understanding then make a contribution http://dartgo.org/aaasfund."

Barry Caldwell '82, the Initiative's other task force co-chair, added "I'm very proud of my Class' leadership. They determined that we seek to help rectify racial concerns expressed since the "Winter of Discontent" in our freshman year through to today's call by faculty, staff and students to eradicate structural racism. Our hope is the academic and experiential learning through the Center on Social Impact and the AAAS Academic Enrichment Fund will be meaningful steps toward that goal."

Added Tracy Dustin-Eichler, Director of the Center of Social Impact, "We are further energized by the Class of 1982's continued engagement with the Center. Their support of research, internships and training around racial justice is integral to the Center's mission to prepare Dartmouth students to be transformative leaders for the common good."

The '82 Racial Justice Initiative is the Class' fourth Class Project benefiting the College and environ. The other projects are:

Creation of the Upper Valley Community Impact Fellowship through Dartmouth's Center for Social Impact that has funded 17 undergraduate fellows who embed with a nonprofit in the Upper Valley for an entire year (current endowment $425K; created in 2007)

Creation of the Class of 1982 Fund for Great Issues Innovation at the John Sloan Dickey Center for International Understanding to sustain and expand upon the efforts of the Class of 1957 to support the Dickey Center's capability to offer extra-curricular and co-curricular opportunities to students to promote international understanding. (original gift of $50K; created in 2018)

The '82 Racial Justice Initiative came about as protests calling for racial justice gripped the nation during the summer of 2020. The Class Officers wanted and sought a way to take a stand against racism as a class. Two significant factors were (1) classmates' shared experience during the winter of their Freshman year (1979) when racist incidents rocked the campus, and (2) the concern that seemingly little had changed in the intervening 40 years.

Consequently, the Class leadership convened a task force that identified goals for the '82 Racial Justice Initiative and met with faculty, administrators, and other alumni classes, to learn what anti-racism initiatives were already underway. Task force members wanted this Class Project to have a direct impact on students through academic enrichment, and to center '82s in the effort to move Dartmouth forward as an institution that is boldly addressing racial injustice.

In November 2020, the Class Executive Committee approved the task force's recommendations for the vision and scope of the initiative, which consisted of two phases:

Phase 1 (Funded in 2020 for implementation in 2021 through the Center for Social Impact):

Funding for 10 student internships focused on racial justice (two during each of the next five years) as part of the Dartmouth Partners in Community Service program in Philadelphia, which focuses on the alleviation of poverty. (The Class is grateful for the bequest of its classmate Sally Adnopoz Gendler to enable this phase of the Class Project.)

Phase 2 - Created an endowed academic enrichment fund for the African and African American Studies Program (AAAS), the first endowed fund of its kind for AAAS in its 50-year history, and ensure that all Dartmouth alumni are eligible to donate to it. (Funding goal: At least $500K by December 31, 2021)

"Initially, I was skeptical about participating in this project," say task force member Neville Scott '82, "I was a student activist back in the day. If after 40 years things had remained largely unchanged, I thought 'why expend further energy now?' I'm very encouraged by what has happened through this collective effort; my son is a member of the class of '24. I owe him and his peers anything I can do to ensure that their experience is better than mine. This has reinvigorated me."

For more information about the African and African American Academic Enrichment Fund see the Statement of Understanding.