At the AAAS End-of-Year Celebration, the AAAS community took time to recognize the accomplishments of three faculty promotions, effective July 1, 2022.

Professor Baum joined the faculty in 2014 and teaches courses in African religion, gender, and its intersections. He has conducted fieldwork to support his reesearch on religious prophets in southern Senegal. Recently, Professor Baum was awarded the Marion and Jasper Whiting Foundation Fellowship for research in the Gambia. His book, Ancient African Religious History, the first of an expected three-volume exploration of African religion, is forthcoming from Oxford University Press.

Professor Booker joined the faculty in 2017. A scholar of African American religious history, primarily in the 20th century United States, he has taught "Religion and the Civil Rights Movement" and "African American Religion and Culture in Jim Crow America" as well as other courses. His book, Lift Every Voice and Swing (2020), was a shortlist finalist for a Religion and the Arts award from the American Academy of Religion Book Awards. Booker received a National Endowment for the Humanities Fellowship for 2023-24 and a Stanford Humanities Faculty Fellowship for 2022-23.

Professor Neely joined the faculty in 2015. Her research examines questions of health from interdisplinary approaches. Her Book Reimagining Social Medicine from the South (2021) explores social medicine's possibilities and limitations at the Pholela Community Health Centre in South Africa. Professor Neely has recently taught "Black Consciousness and Feminism" for AAAS. 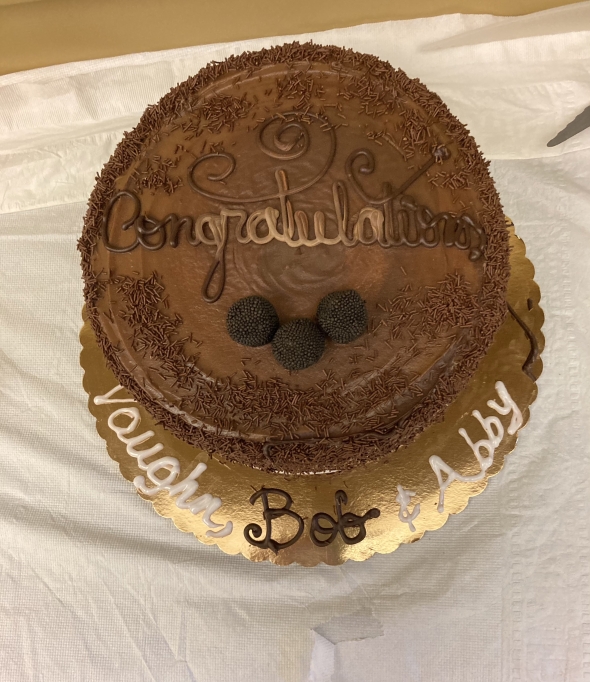 A cake celebrating the promotion of Professors Booker, Baum, and Neely was enjoyed by all at the AAAS End-of-Year Celebration