A dance journey through the African American experience by the riveting choreographer. 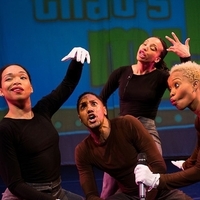 Camille Brown is back at the Hop having made history as the first Black director of a Metropolitan Opera mainstage production last fall, choreographing and co-directing Fire Shut Up in My Bones. And she is also the first Black woman in almost 65 years to direct and choreograph a Broadway show, the seven-time Tony-nominated with for colored girls who have considered suicide/when the rainbow in enuf.

A conversation with the artists follows on both evenings. And don't miss Friday's pre-show talk at 6:15 pm in Top of the Hop.

Learn more and get tickets here

For more information, contact:
Hopkins Center for the Arts
hopkins.center.for.the.arts@dartmouth.edu
603-646-2422
Permanent URL to this event: https://aaas.dartmouth.edu/events/event?event=67383