Professors Ayo Coly, COLT and AAAS, and Iyabo Kwayana, Film and Media Studies, are moderating a roundtable on "Narrating Black Futures: A Conversation between Nnedi Okorafor, Wanuri Kahui, and Dayo Ogunyemi."  This conversation is in conjunction with their students viewing Kahui's Pumzi and Rafiki. They are also reading Okafor's Who Fears Death, which was inspired by Kahui's Pumzi.

This event will take place Saturday January 30, from 12-2 PM.  All are welcome!

Wanuri Kahiu has emerged as one the most important filmmakers and certainly the top African female filmmaker in recent years. Her films touch on questions of gender, sexuality, and African futures, among other themes. Her most recent film, Rafiki premiered at the Cannes film festival in 2018 and received many awards. Rafiki was censored in Kenya for its content.

If you would like to view Kahiu's films before the webinar:  Rafiki is available for free on Kanopy. Her other famous short film, Pumzi (a futurist film), is available on YouTube.

Here is the webinar link for Narrating Black Futures 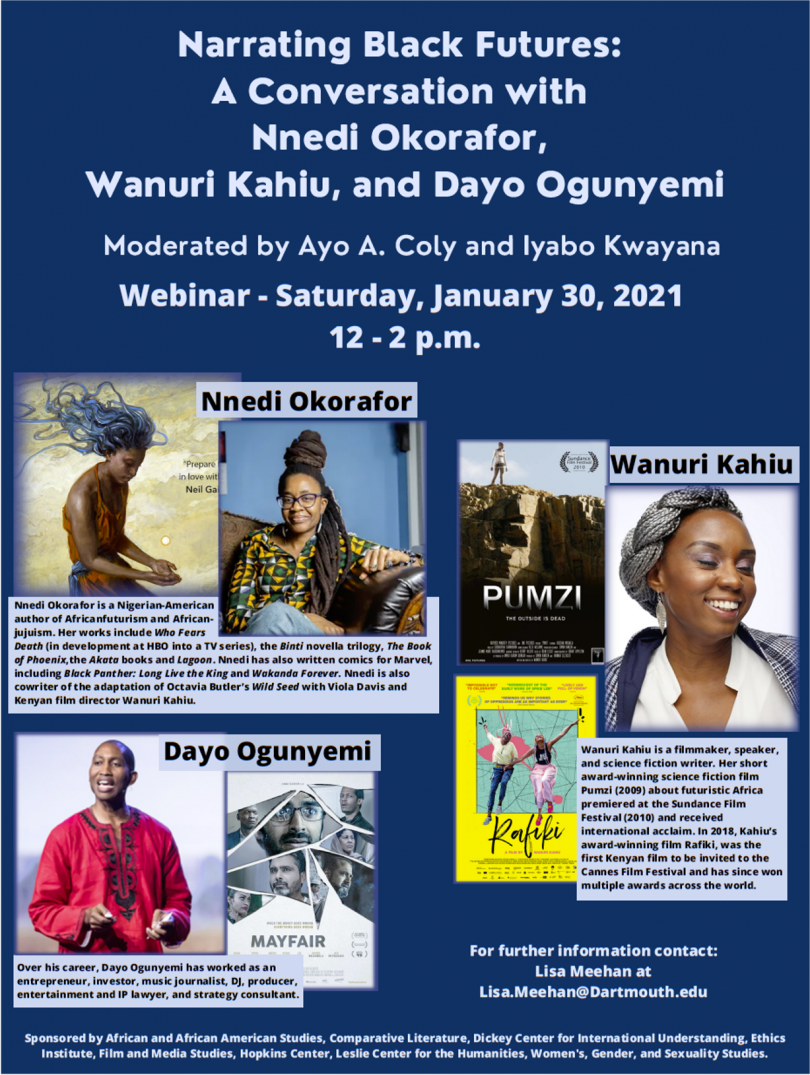