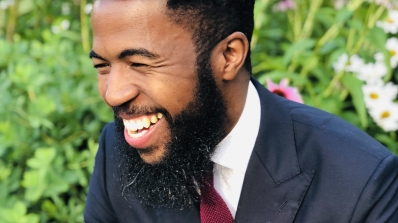 Assistant Professor of English and Creative Writing and AAAS Affiliate

Being Property Once Myself: Blackness and the End of Man

Professor Joshua Bennett's new book,  Being Property Once Myself: Blackness and the End of Man, has been recognized as "tremendously illuminating" and a "trenchant work of literary criticism." "An intense and illuminating reevaluation of black literature and Western thought."―Ron Charles, Washington Post

Throughout U.S. history, black people have been configured as sociolegal nonpersons, a subgenre of the human. Being Property Once Myself delves into the literary imagination and ethical concerns that have emerged from this experience. Each chapter tracks a specific animal figure—the rat, the cock, the mule, the dog, and the shark—in the works of black authors such as Richard Wright, Toni Morrison, Zora Neale Hurston, Jesmyn Ward, and Robert Hayden. The plantation, the wilderness, the kitchenette overrun with pests, the simultaneous valuation and sale of animals and enslaved people—all are sites made unforgettable by literature in which we find black and animal life in fraught proximity.

Joshua Bennett argues that animal figures are deployed in these texts to assert a theory of black sociality and to combat dominant claims about the limits of personhood. Bennett also turns to the black radical tradition to challenge the pervasiveness of antiblackness in discourses surrounding the environment and animals. Being Property Once Myself is an incisive work of literary criticism and a close reading of undertheorized notions of dehumanization and the Anthropocene.

"Bennett writes so beautifully that it hurts. Imagine a world of animals―rats, cocks, mules, and dogs―that prompt renewed ways of seeing, thinking, and living beyond cages or chains. These absorbing, deeply moving pages bring to life a newly reclaimed ethics, and black feeling beyond the claims of property or propriety."―Colin Dayan, author of With Dogs at the Edge of Life and The Law Is a White Dog